← to all posts
What is one of the first things to learn when you study a foreign language?

The alphabet, of course. Learning Russian alphabet pronunciation includes both the names of the letters and sounds. It is your first step in the path to speak the Russian language and in this article we will help you to begin.

In the article we tried to answer the most common questions that we regularly receive from the students of our school. Do I need to learn Cyrillic alphabet or Russian alphabet? What’s the difference between those two? What is Russian phonetic alphabet and where I can use it?

Also, in this article you will find a printable russian alphabet for your classroom. You can download and use it for educational purposes for free. 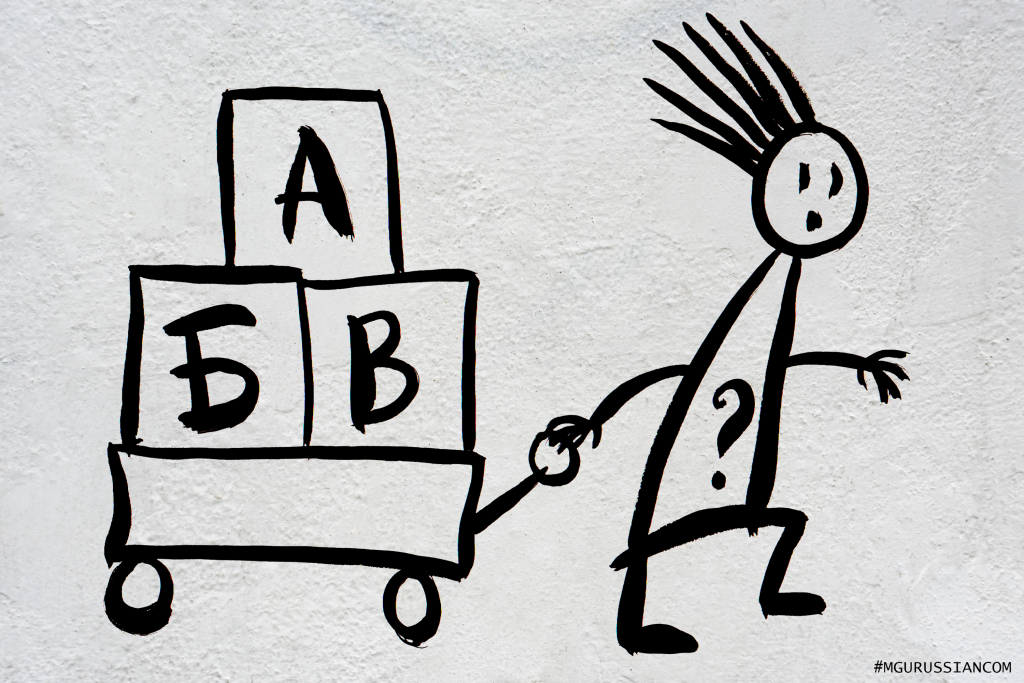 The Early Cyrillic alphabet appeared the 9th century AD. Old Russian alphabet contained several Greek letters that were eliminated during the Tsar Peter’s renovation. Russian letters make up a large part of the Modern Cyrillic alphabet but there are also some letters specific for other languages. For example, Ў ў in Belarusian , Љ љ and Ђ ђ in Serbian or Ї ї in Ukrainian

Now it’s time to introduce you to the world of modern Russian letters.

There are 33 letters in the modern Russian alphabet. 10 of them are vowels (а, е, ё, и, о, у, ы, э, ю, я), 21 are consonants and 2 signs (hard and soft) that are not pronounced. It might be a bit more than the alphabet you’re used to but these 33 letters will open you a completely new world.

Many Russian alphabet letters resemble those of Latin alphabet. It’s not a coincidence, we read T, M, K, O, A, E almost like you do. Yet, there are tricky letters like H, P, X,Y that look like Latin but sound absolutely different. And there are letters Б, Ы, Г, Д, Ш, Щ that
are totally unfamiliar with English ABC. You can teach yourself unfamiliar Russian letters by associating them with some image. For example, Ш looks like a fork, Я looks like reversed R.

And here’s another great news for you! Did you know that Russian capital letters and small letters are almost the same? Before you start learning Russian cursive you only need to remember that capital Б and lowercase б are different. 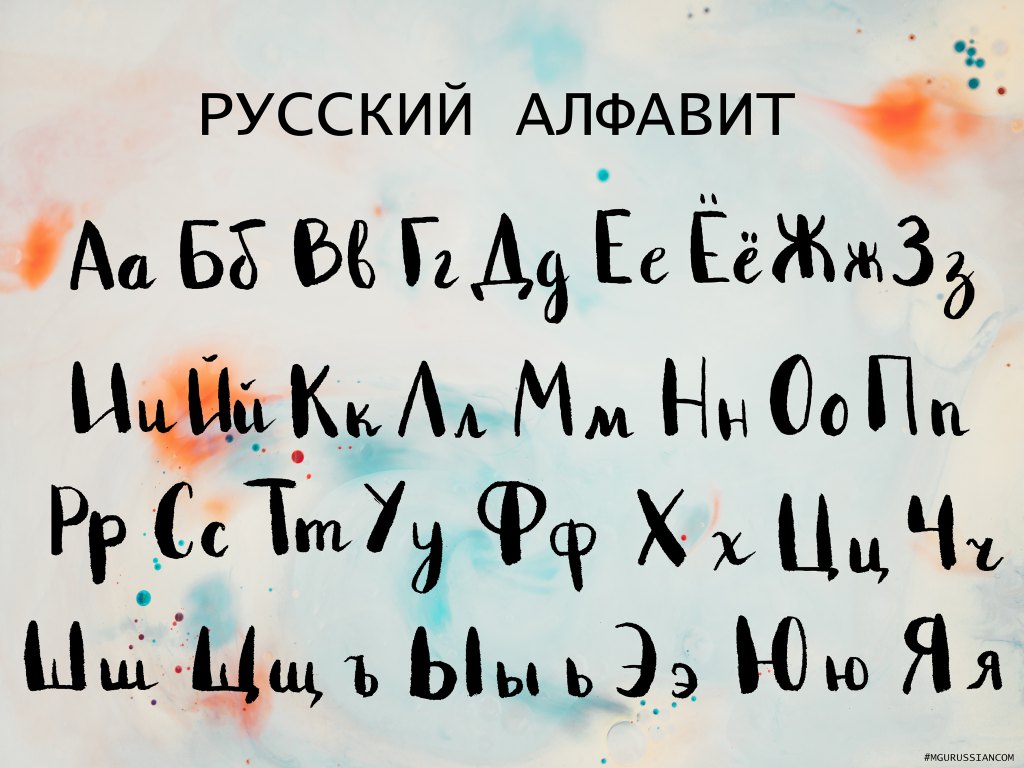 What is the russian alphabet name?

The original Russian alphabet name was азбука [ásbuka]. This word has two stems — азъ [as] (old mane of A) and буки [búki] (old name of Б ). As you can see, in the Early Cyrillic alphabet all letters used to have names. For example, Д д — dobro, З з — zemlja , К к — kako.

Nowadays Russian letter names are much shorter. The children normally learn the Russian alphabet and pronunciation before school. And as they become first grade students their first book is Azbuka. It’s a Russian ABC book with short texts for each letter. The stressed syllables are marked red and bright pictures help the young students to read their first word.

This article is available as a PDF file that you can take anywhere, print or read offline. Find the PDF of this article at the bottom of the page 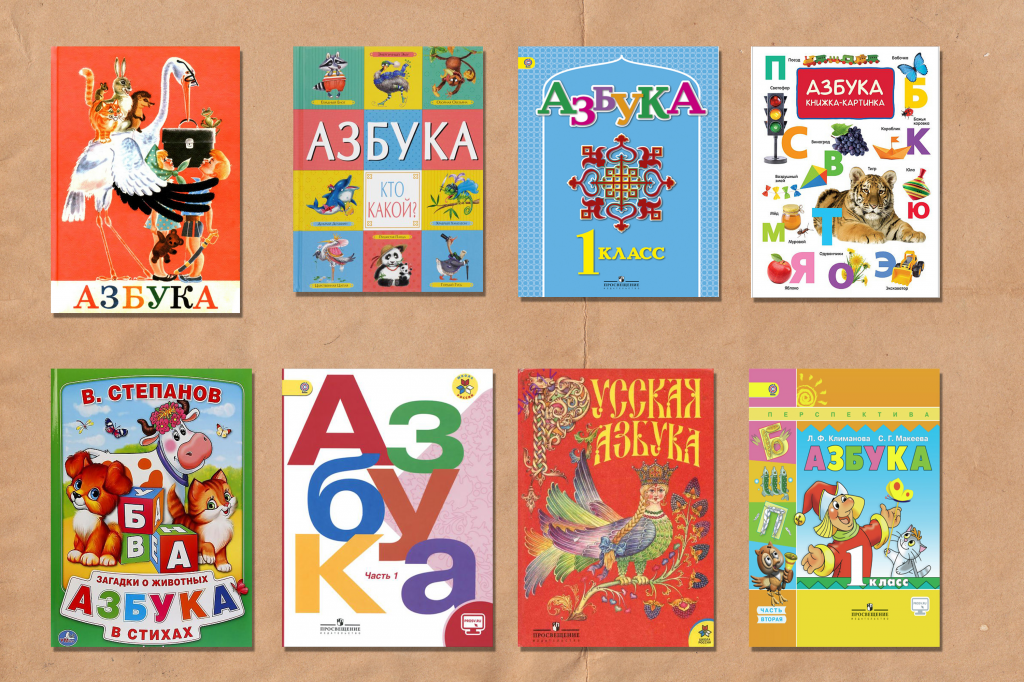 
Reading is one of important skills that a learner has to develop. Knowing the Russian alphabet phonetics you will be able to read the signs in the street, find your way in the city and use the maps. Of course, if you plan to stay only in the big cities you might not need to learn Cyrillic. The government of Moscow takes care of the tourists and you will find translation and transliteration of Russian almost everywhere.

In case you are planning a trip to smaller towns you will need to know at least the Cyrillic alphabet sounds. It will help you to get to the right destination and stay safe.

And here is a disappointing news for those want to read Tolstoy and Dostoevsky in the original. You won’t be able to read fluently right after learning the Russian letter sounds. The pronunciation of each letter depends on its position in the word. For example, E in the initial position is [je] and [e] in the middle of the word. Thus, mastering good reading in Russian takes time and some practise. Although, it’s not that difficult as reading in English or French.

Here is a table where you can find Russian letters pronunciation and their names.


Why should I know Russian alphabet sounds?


By learning alphabet sounds we mean learning the Russian phonetic alphabet. People use this alphabet to spell the words, especially when talking on the phone. Mostly it consists of common Russian boys and girls names. When there is no name beginning with given letter we use some common Russian word. If you have an unusual name or surname you definitely need to know this alphabet too. It will also help you to spell your address

In the table you will find the letters of the Russian alphabet in order alongside their names from the spelling alphabet .

Want to continue learning Russian well beyond the alphabet? Try MGU-Russian. We provide Russian language courses for all levels at the best price. You can study both online and offline in a small learning group or face-to-face with your teacher. 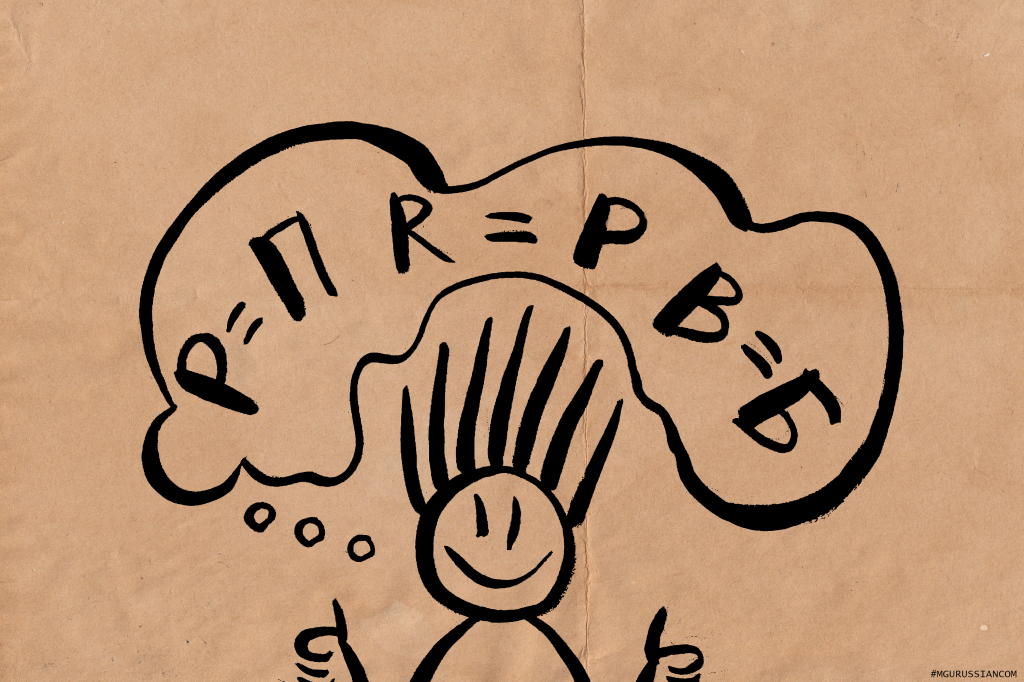