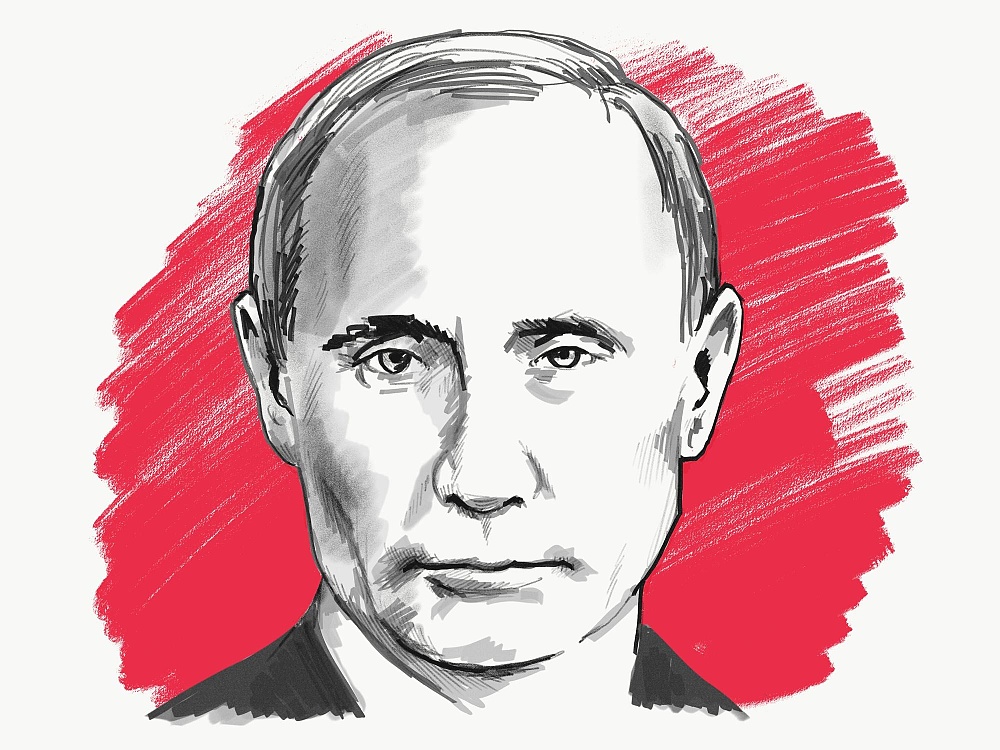 Culture Language Politics and Traditions
Some iconic ideas linked to Russia have to do with its cold winters and its large extension. Russia is 1.8 times larger than the US and covers more than 1/9 of the earth’s surface. But, aside its 17 million square kilometers, and weather, Russia’s diversity and cultural, historical, linguistic and geographical wealth has many secrets that a few people know. It is the home of proud people with a bright history and future. Here are twenty amazing facts that can help you understand this nation.

Humanity has been impressed of having the largest, best and nicest things. Some impressive aspects you might not know about Russia are here:


Russian is the 7th largest language in the world based on the number of native speakers, and by total number of speakers (including non-natives). This is great as you can find Russian speakers not only in ex- Soviet Republics, but all around the world.
This language has a rich history including the classics of the Golden Age of Russian literature.

At MGU we can assist you in your learning process. We offer lessons from zero to advanced. Here you can improve your Russian language skills.

You can attend classes at our Moscow school with some of the best Moscow State University professors or attend online lessons!! You can find more information about our school here. 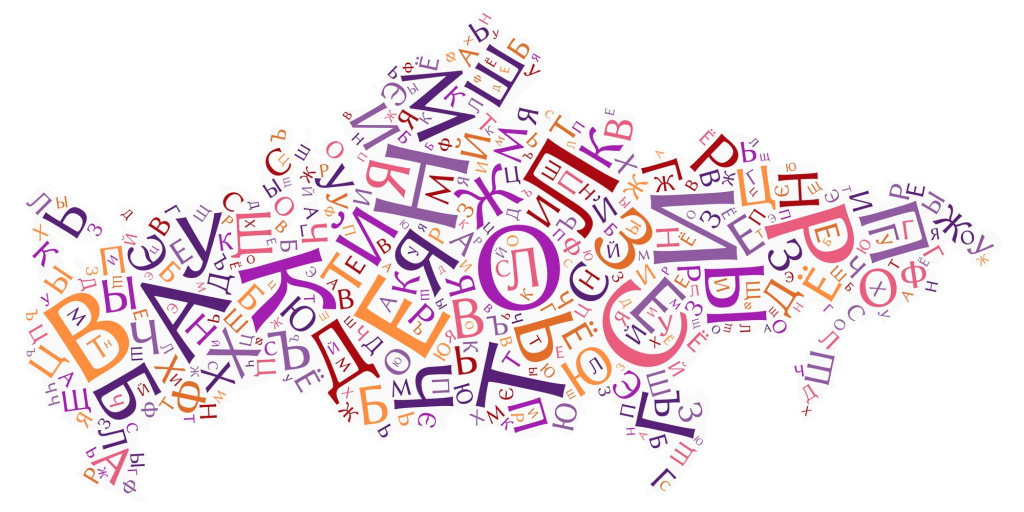 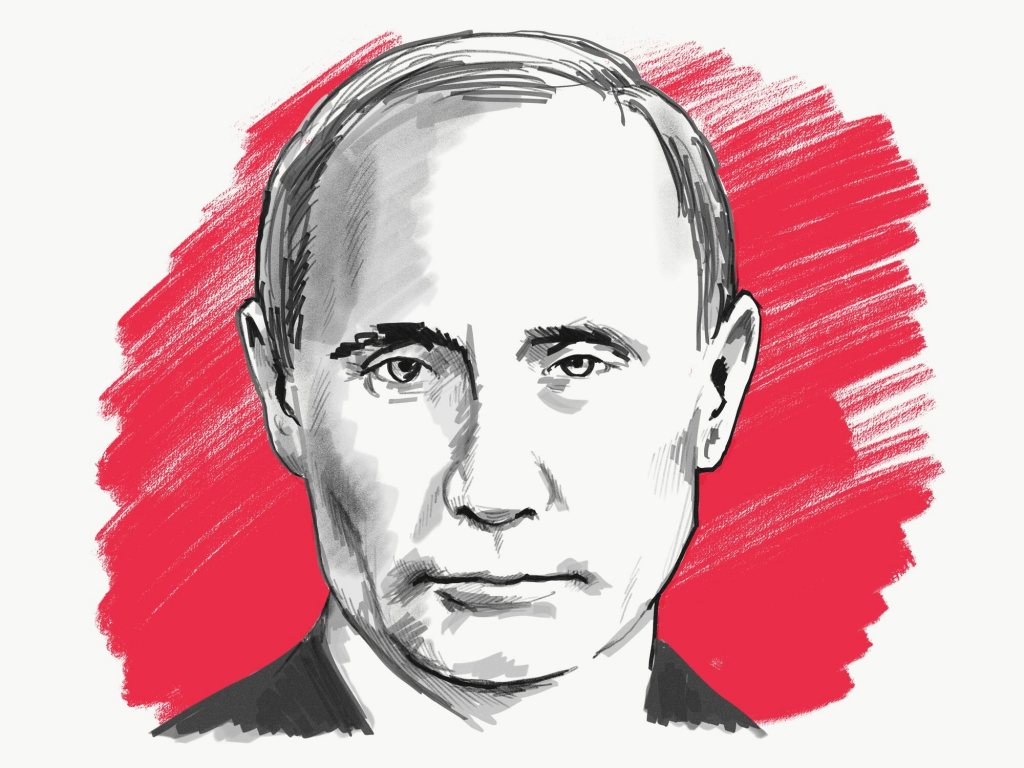 3. The Lungs of Europe


Besides being the largest country in the world, Russia is regarded as «the lungs of Europe». Its large forests are second to the Amazon in the consumption of CO2. In fact 45.40% of the country’s territory, is forested, that is equal to the total area of Australia!

4. The Red Square/ The Beautiful Square


One of the most iconic sites of Russia is the Red Square. Its name is not linked to communism. Although the red color represents the idea of this political movement, the square was named «Krásnaya plóshchad» long before communism was born, in the seventeenth century.

In the specific case of the Red Square, «Krásnaya» is derived from the word «krasnyi», which, if translated from ancient Russian, means: beautiful. 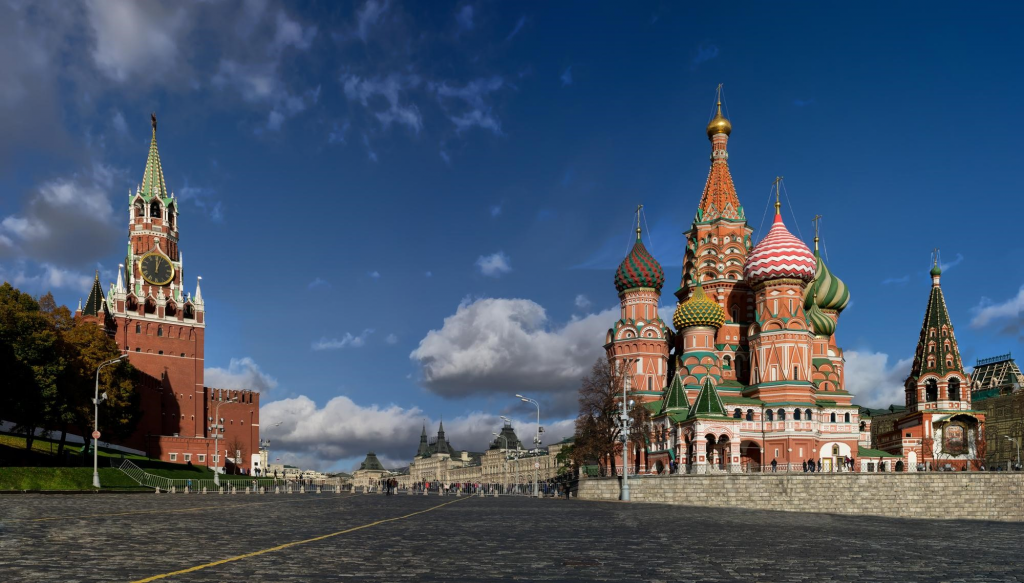 
There are between 9 and 10 million more women than men! This demographic unbalance is due to the WWII where millions of soldiers lost their lives.
Russian women are among the most beautiful in the world, so if you are looking for a partner, this might be the country to travel to.


Although Russia is the largest country in the world, it does not have the smallest population density, as it is commonly thought. Nevertheless, ¾ of its population live in urban areas. Moscow and St Petersburg are its biggest metropolis.

As of 2020, Russia is the 9th largest country in terms of population. Its population started to grow only in the last 6 years after a sharp decline.


Contrary to what some believe, it was Russia and not the United States the first nation that sent a man into space (the US was the first to send a man to the moon). On April 12, 1961, Yuri Gagarin managed to be the first human being to reach outer space.

Due to this the Russian space program has a large influence. It actually makes part of the International Space Station. 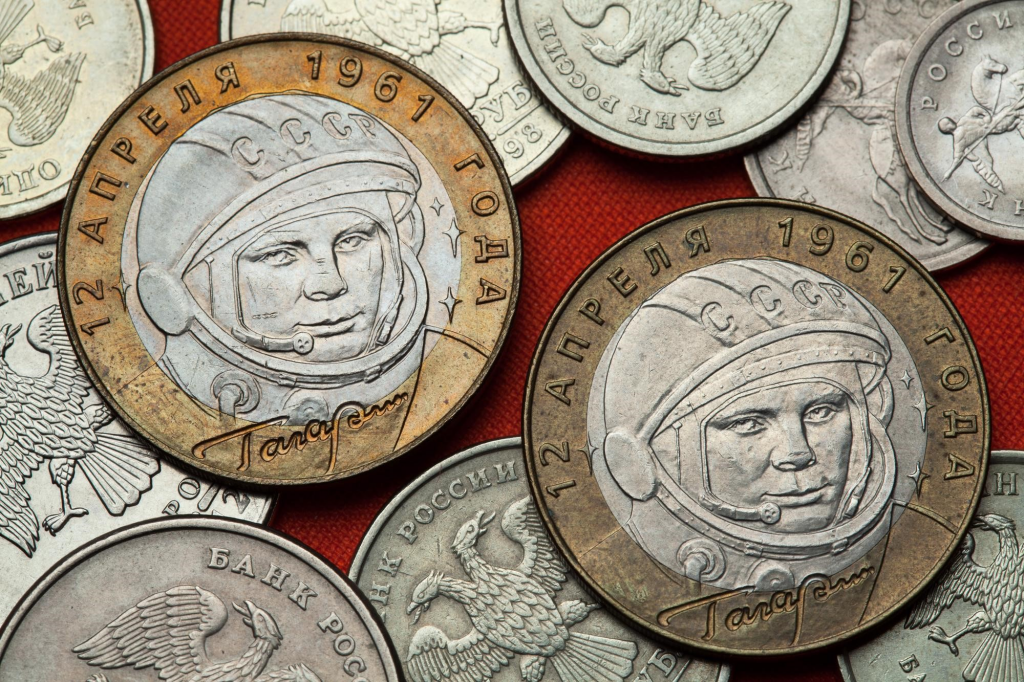 
The Trans-Siberian railway connects European Russia with the provinces of the Russian Far East, Mongolia, People’s Republic of China and North Korea.

The Trans-Siberian is not just a train, it is more than a railway line. It was opened in 1904 with the main objective to connect Moscow with the Sea of Japan. Its main route links the Russian capital with Vladivostok on the Pacific coast. It crosses eight time zones and its journey requires a minimum of seven days! Its network is still expanding.

Find out more about the Trans-Siberian in our dedicated article on this topic. 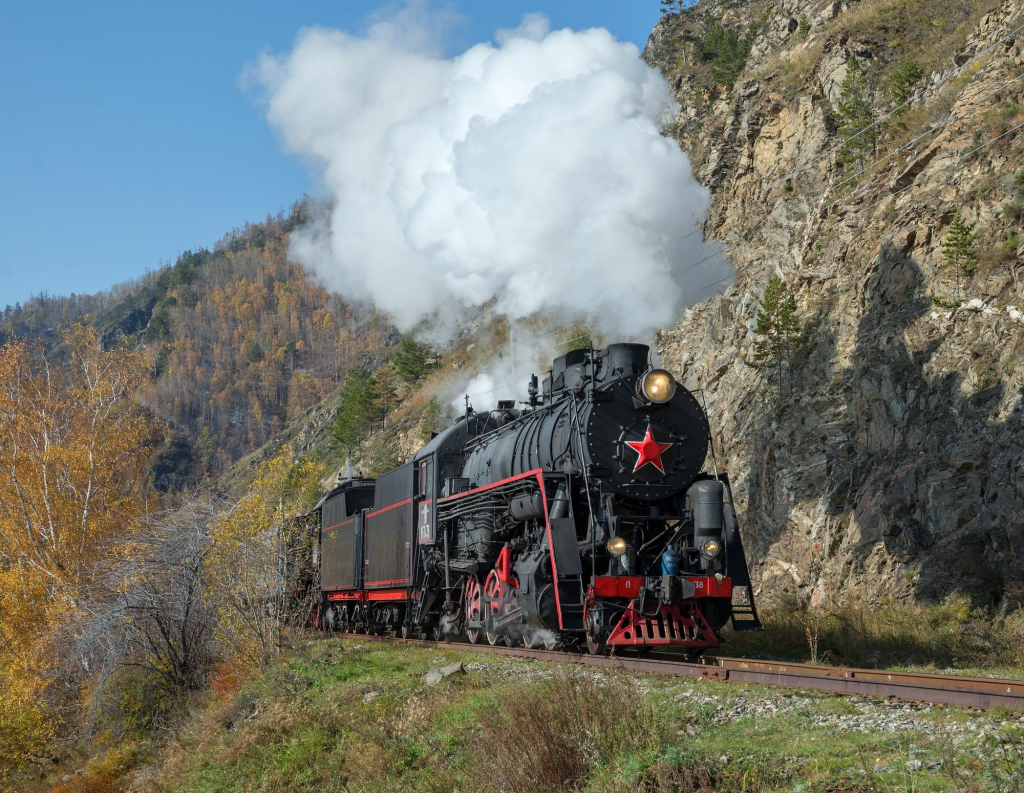 
Lake Baikal is located in the mountainous region of Siberia, and is the oldest (25 million years old) and deepest lake in the world!

Its depth has been estimated to be 1,637 meters, and the bottom of the lake is 1,285 meters below sea level.

Lake Baikal is also the largest freshwater lake in terms of volume. It contains 20% of the world’s non-frozen fresh water. This means it contains more water than the five Great Lakes of North America together, although its surface is almost eight times smaller. 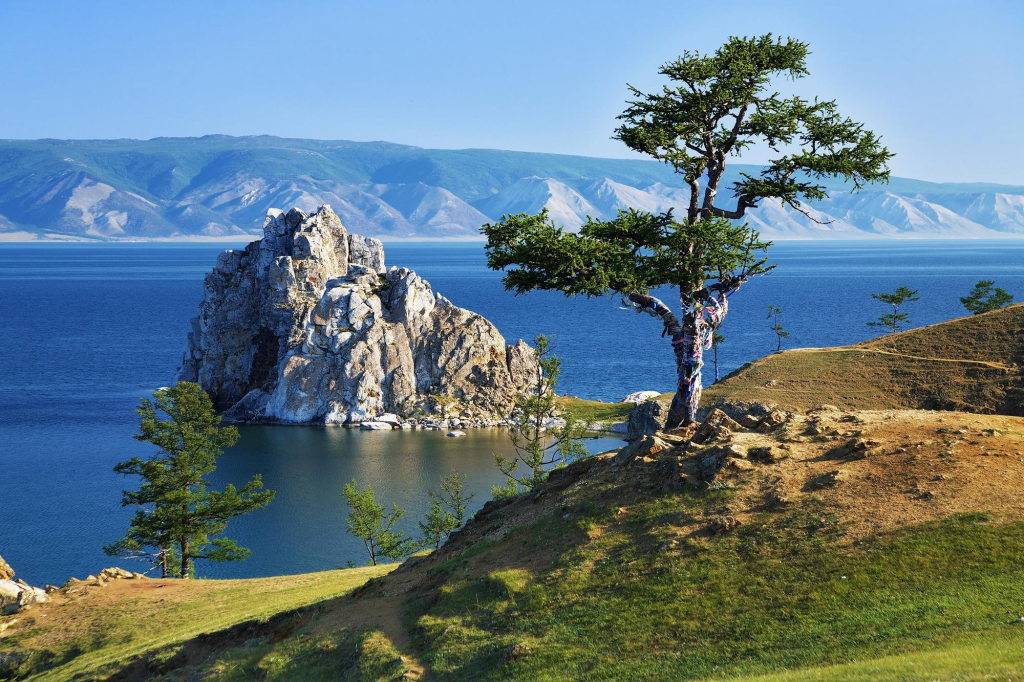 
2019 Fobes list Richest Cities In The World: listed Moscow as the 3rd city with The Most Billionaires.

The Forbes World’s Billionaires List has 2,153 Billioners. About one-forth of them live in 10 cities. It turns out, many of them select Moscow to be their home.

If you want to visit or establish in Moscow, we can help you. In MGU we provide our students with assistance processing their visa, finding great accommodation, and teaching them Russian. We will help you navigate the city with more millionaires per capita in the world. For more information click here. 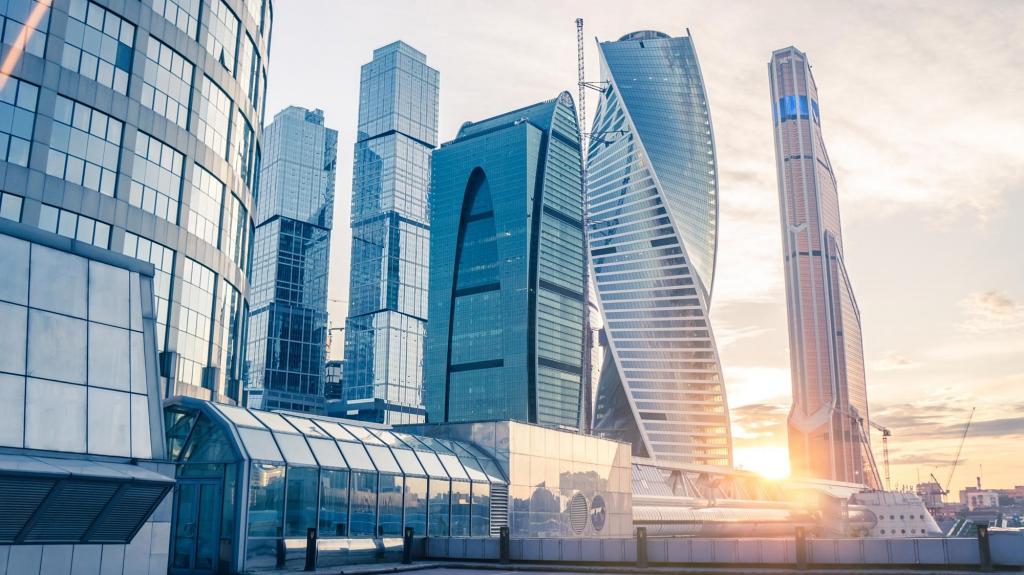 They are located in an unknown locations, and nobody knows what they are called.


Russia is the third country with the most natural World Heritage Sites, only after the USA, and Australia. One example is Lake Baikal, which is on the number 9 on this list. There is a total of 29 World Heritage Natural and Cultural Sites in Russia, 20 of them in European territory, while the remaining 9 are in Northern Asia.

13. The Hermitage, the most famous Museum in Russia, and its cats


The Hermitage is one of the oldest in the world. It has a great worldwide collection of art that ranks it among the best museums in the globe. It’s a must-see when traveling to the Northern Venice.

In the 18th century, the museum suffered from a rat infestation, for that reason Elizabeth Petrovna, the Empress of Russia from 1741 until 1762, decided to use cats to fight the problem. The solution was so effective that until now the Hermitage employs 74 cats to take care of its treasures. The cats live in the museum’s basement. They are well taken care of, and even have their own hospital.

14. The Statue of the Motherland


The statue of the Motherland, also known as The Motherland Calls! It was built in Volgograd in 1967 to pay tribute to the memory of those who died during WWII. This is the highest monument in Russia, and it is ranked number 9 in the list of the highest monuments in the world. The woman symbolizes Russia and is twice taller than the Statue of Liberty, 85 meters high. 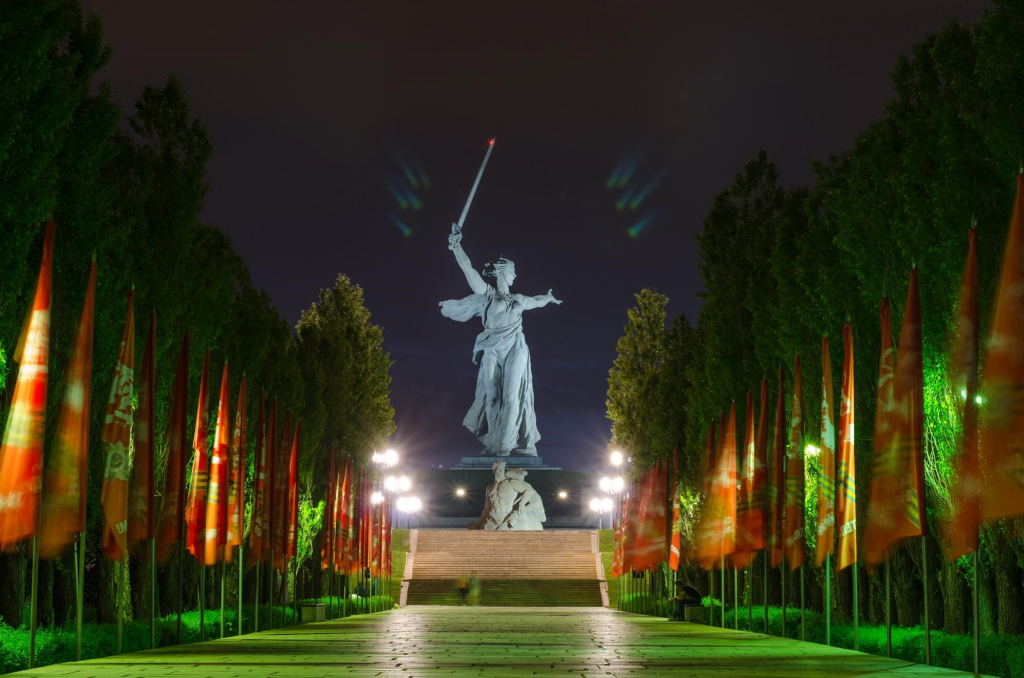 
Saint Petersburg is regarded as the cultural capital of Russia. Some of the most important universities are located in this beautiful city. But, this city stands out as its cultural life it is vibrant and diverse. There are 2000 bookstores, 100 organizations dedicated to concerts, more than 80 theaters, 62 cinemas, 45 art galleries, 221 museums and 80 nightclubs in St. Petersburg alone. 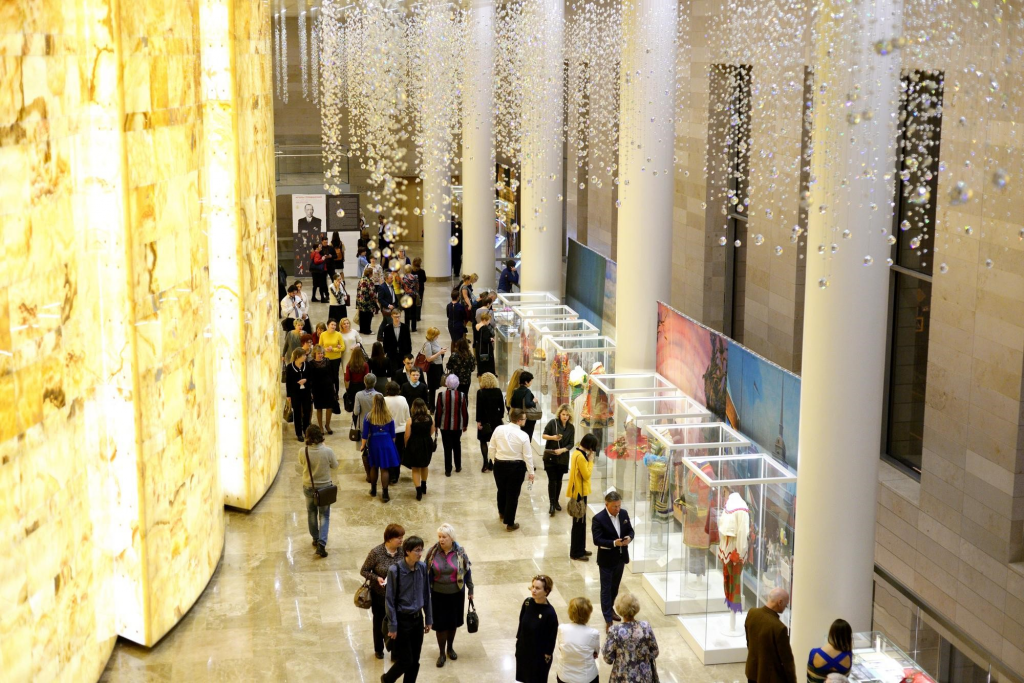 There are many more important and relevant facts about this Slavic country, from its developments in science and literature to its political changes, military power, and wild nature. It a place you should definitely visit and why not learn some of its language (or become fluent).

Check out our courses, you can obtain an invitation from us to apply for your visa and experience the real Russia. We can help you with your accommodation, too. Find out more information here.
March, 10
Share: